Why did the fox bite the congressman? 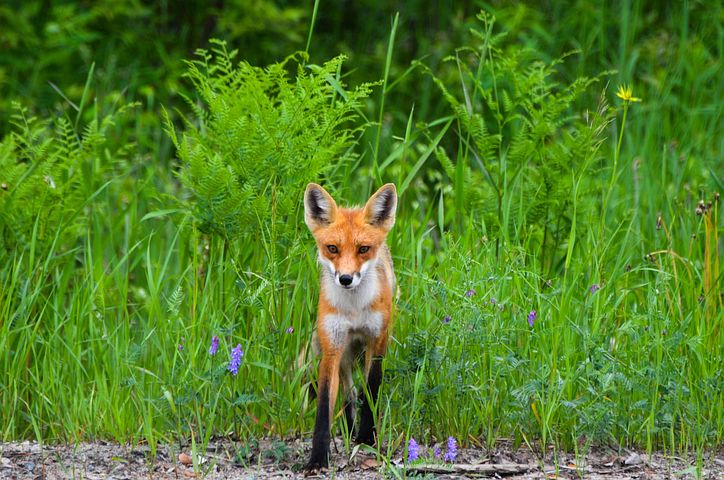 It sounds like the first line of a joke, but last Wednesday morning, I turned on the TV news and learned that a fox had attacked Rep. Ami Bera, D-Calif., who was on his way to the Capitol in Washington, DC. This struck me as strange. I learned later that the fox was rabid and had bitten eight other people. Unusual at the very least.

Later that day, I was in a coffee shop sitting across from a friend. As she was talking to me, I noticed two framed photographs on the wall behind her. Both were foxes. After coffee, I went to Spanish class where we happened to learn the vocabulary word, el zorro–fox. Then, the very next evening I glanced out my kitchen window while washing dishes and saw the biggest red fox I’ve ever seen heading toward my chicken coop. (Don’t worry, no chickens die in this story.)

I believe in synchronicities, and in this case, my friend Fox had a message for me.

Stay awake! That’s what I “heard” from Fox. Awaken to the signs and synchronicities that are all around you. You see, I’ve been a bit impatient lately. I set some intentions at the new year and have yet to see any proof that they are coming to fruition. I’ve been feeling like I’m in a holding pattern and not getting clear answers from the Universe. But is that really true?

Fox reminds us to patiently perceive. Foxes are keen observers of their environment and take calculated risks. They are experts at discernment,which, interestingly, is a word that came to me in a meditation the day before I saw all the fox stuff. Their hearing is astoundingly good, but it turns out foxes also likely orient to the earth’s magnetic field to determine distance to their prey. So, what I think I’m hearing from friend Fox is some advice about sensing all the messages that are there for me. Fox is not missing anything.

Another thing I’ve noticed about foxes is that they appear to be taking in all kinds of information as they are moving. We humans can get caught in the notion that the only way to receive guidance from the Universe, Spirit or our Higher Selves is to spend long hours sitting in meditation. And, clearly, meditation is a worthy practice with many benefits, including yielding great insight. But seeking answers only through meditation is like looking through only one of our eyes if we are blessed with two. We are missing part of the picture.

We must go inward and outward to seek direction. Everything has potential meaning. The key is being awake to the answers that are there. That means letting go of distraction. Of course, meditation is an excellent teacher in this regard. See how inward and outward work together? But we can also go outside and look at the clouds, listen to the trees, feel the sunlight, smell the flowers, and taste the fresh air. We can put away our devices. We can notice what is going on in our bodies by moving them. Or putting them in a body of water. We can pause throughout the day to focus on our breath. We can stop trying to figure everything out.

Sometimes we can be so blind to the messages all around us that something comes along and bites us on the butt, so to speak. We are surprised, when really the signs have been there all along. I’m not suggesting this is what happened to Congressman Bera. But I am grateful that his unfortunate circumstance reminded me to wake up.