When we know better, we can do better 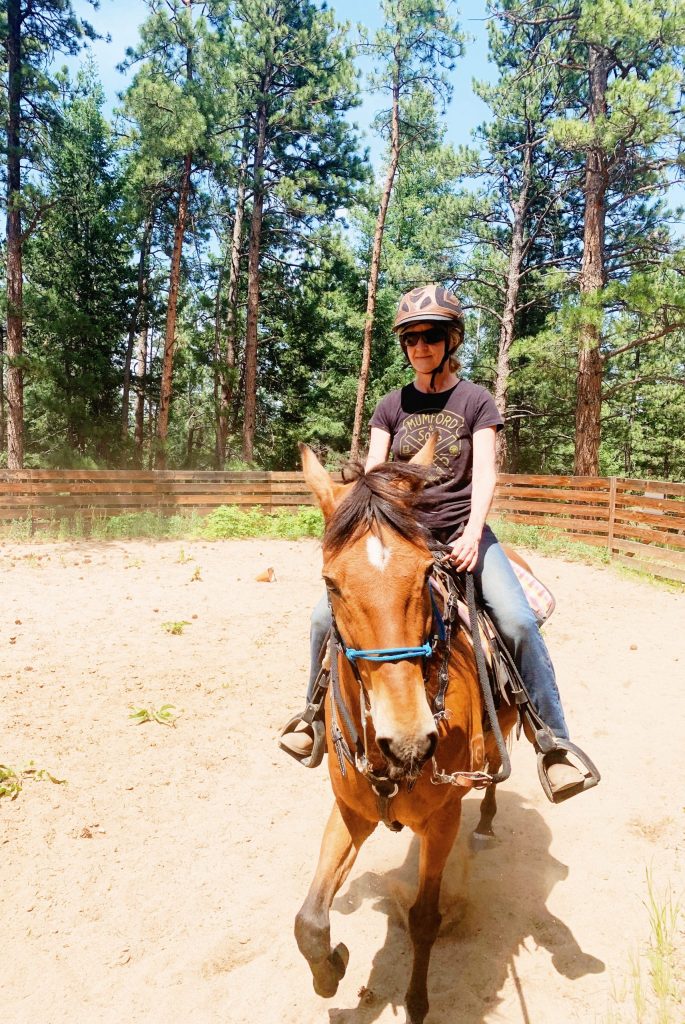 Last Sunday, I had a bit of a breakthrough in working with my “hot” horse, which in horsey lingo means a very spirited one who likes to go fast. I finally got the hang of loosening the reins rather than continually pulling on them to get him to slow down.

Those of you who are not into horses may be thinking, “What?! Aren’t you supposed to pull hard on the reins to get a running horse to slow down?” Not exactly. But I, like most people, rode that way for years because it was what I was taught as a child. I did the best I could, but now I can do it better.

So, when I was riding Sunday, the following quote by Maya Angelou came to mind: “I did then what I knew how to do. Now that I know better, I do better.” That quote seems so relevant at the moment.

I, like many of you, am a privileged white woman. One who does not consider herself racist or biased or “above” anyone else. Yet, I recently learned that the very fact that I am white means that I have participated in–and benefited from–a system of bias and racism without even knowing it.

My first inclination was to feel shame about my unconscious participation in this system, but I know shame doesn’t help us improve things. It actually does the opposite. Shame makes us feel powerless. According to Brené Brown, a leading voice on the topic, “Shame corrodes the very part of us that believes we are capable of change.” I want to contribute to positive change. Now that I know better, I do better.

Yesterday, I read in my friend Marilyn Saltzman’s blog post about incidents of racial injustice at Evergreen High School in 1989, which I was unaware of because I didn’t live here then. She also referred to a speech recently delivered by 2016 Evergreen High School graduate Chris Burroughs where he revealed that he experienced racism here. I was shocked to learn of these events in the quiet, “friendly” town I call home. Again, I felt shame about my ignorance and about ignorance I have yet to discover. But I know shame doesn’t make anything better. Now that I know better, I do better.

I’ve been working to educate myself about the reality of racism, and in the process, memories have surfaced of my childhood in Texas where a racist culture felt normal, even if I didn’t actively behave in a racist manner. Again shame. And again, shame doesn’t help. Now that I know better, I do better.

And now I remember times as an adult when I heard “borderline” comments which now don’t seem so borderline. Times when I could have spoken out, but feared doing so, although now I’m not sure why I was afraid. Yep, shame. Unhelpful shame. Now that I know better, I do better.

Maya Angelou’s words roll around in my mind like a mantra. I have lots of work to do, and I’m not going to let shame get in the way of me doing it.  It’s sort of like riding my “hot” horse. I continue to learn, and as I do, I know more about what I can do to make a positive difference. And I do those things. I do better.