The luxury of powerlessness 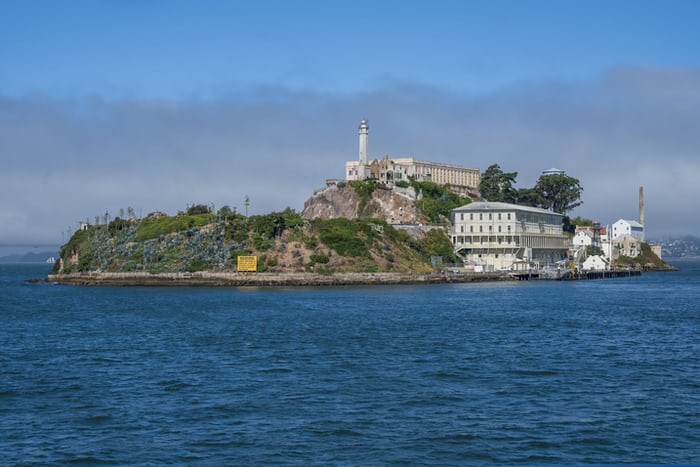 Many years ago, on a tour of the old federal penitentiary on Alcatraz Island, I got locked in solitary confinement. Well, me and about 30 other people. At that time, part of the visit included herding an entire group of tourists into a pitch-dark solitary confinement cell and bolting the door. We probably only stayed there for a couple of minutes, but it felt like an eternity.

I remember holding my hand up in front of my face and not being able to see it. I also remember thinking, “What if a stranger grabs me, or worse, has a knife?” I was pretty sure everything was going to be fine, yet I felt an uncomfortable energetic sensation in my body, like I was a tiny speck overwhelmed by a tidal wave of darkness. I felt powerless.

I’m sensing a similar sensation these days in myself and in others. There are so many huge, complicated challenges affecting the world and our own lives that it often seems pointless to try to do anything about them. It’s hard to know where to start or what will really have an impact. So, we feel small, imprisoned by our powerlessness.

When I teach yoga, Qoya or conduct energy work, I often take the opportunity ask how people are feeling. Here are some of the words I hear: anxious, exhausted, overwhelmed, foggy, distracted, unmotivated, ungrounded, stuck, sleepless, disheartened, in physical pain. In other words, not empowered. This does not surprise me for a couple of reasons: one, because I often feel the same way, and two, because I believe we humans are experiencing the opportunity to make a dramatic shift in consciousness. And big change causes extreme discomfort when we are still trying to cling to old ways.

Today I heard a Ted Talk with Tom Rivett-Carnac who worked with Christiana Figueres to craft the Paris Climate Agreement and to write the book Surviving the Climate Crisis. Here’s something he said: “We no longer have the luxury to feel powerless.”

We are not powerless, and stepping into our power is a necessity in these times. Sometimes that means we have to change our focus from feeling overwhelmed about all that needs to be done and just do something. It almost doesn’t matter what it is, there are so many needs. And our actions certainly don’t need to be perfect. In fact, perfectionism is often the enemy of action.

For me, this has meant shoving myself out of my comfort zone to get involved in the upcoming election. I’ve recruited a team of women who want to do politics from a place of interconnection and love yet are willing to work within the system that currently exists.  Like any good team our diverse strengths make us more powerful.

In 1962, a team of three men worked together to escape Alcatraz prison. Frank Morris, and brothers Clarence and John Anglin fashioned a makeshift drill out of found and stolen materials. They made a raft and life preservers from stolen raincoats. Over a period of six months, the men drilled tiny holes around the air vents in their cells until they had a hole in the wall large enough to wiggle through. They used a network of pipes to climb 30 feet to the ventilator on the prison ceiling and out the ventilator onto the roof. Nobody knows whether they made it across San Francisco Bay to safety or whether they were eaten by sharks or drowned.

You can imagine how helpless one might feel in a maximum-security prison on an island in the middle of a bay. How overwhelming the task at hand. But they did not fall back on the luxury of powerlessness. They did something. And they made it out.