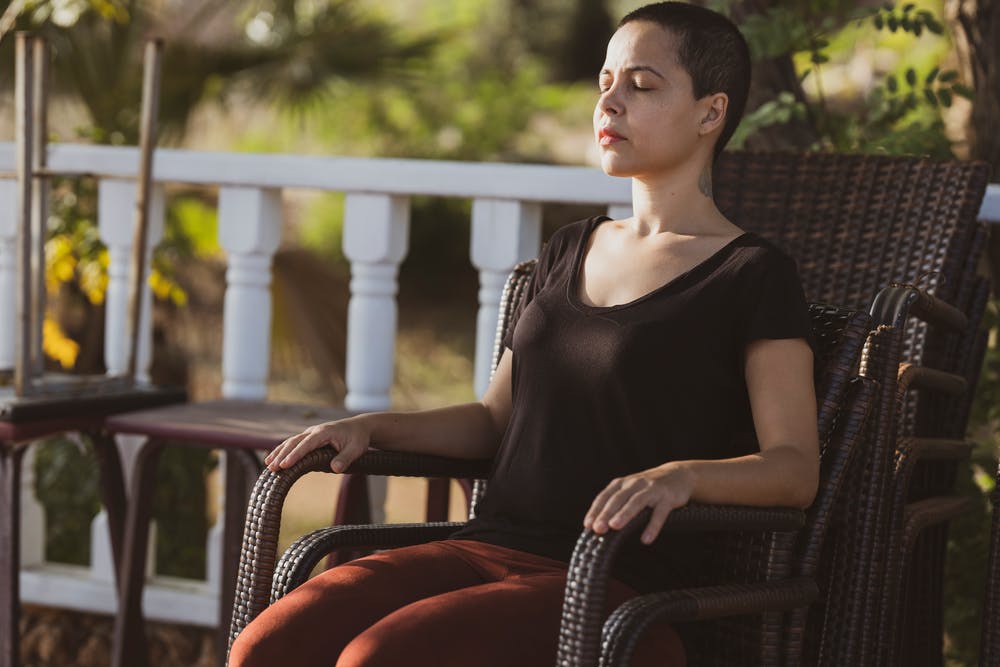 It took yogic breathing and lots of self-talk to make me stay with the movie I watched last Saturday night. Maybe you have seen The Pianist, a 2002 film based on the life of Wladyslaw Szpilman, a musician who struggles to survive the Warsaw ghetto during the Holocaust.

I rarely watch violent films. But I knew it was important for me to face this one because it was about something real. Something I obviously knew about but don’t think about every day. Something that should never, ever be repeated, yet similar situations are happening in the world to this day.

So, for two and a half hours, I breathed in four counts and out six counts and mentally repeated “don’t look away.” I stuck with my discomfort. Afterward, I sobbed.

Szpilman had to stick with more than discomfort, he had to endure pain. It was the only thing he could do to survive. I’m humbled by his courage. And I have to ask myself, to what lengths do I go to avoid pain and discomfort in my comparatively easy life?

I believe we are so conditioned to sidestep discomfort that we forget that feeling is the first step to healing. We often try to numb or distract ourselves from the truth of our situation which actually causes more pain, the kind that can eventually present itself in the body as injury, illness or disease.

I’ve noticed that before the numbing and distracting, I head straight into my spinning mind space. That place that wants to turn a small pain in my knee to a possible need for surgery or the sudden stab in my side as a precursor to cancer. It happens emotionally, too. A lonely day gets mentally manipulated into a vision of a lonely life. That’s what the mind does. It likes to cast off into speculation and fear.

But what would happen if I just remained with the uncomfortable feelings in my body and in my heart, breathed through them just like I did when watching The Pianist? It is in that place–that moment where thought is suspended and sensation is embraced–where I find gifts like courage and clarity.

We practice this idea in yoga, by going to our edge in a pose and holding it, staying with the sensation in the body. In Qoya, we let our bodies guide us to emotional sensation and we notice if we can stay with that. As someone who spent the first half of her life shutting off feelings, these practices have been lifesavers for me. We can’t selectively numb emotions. So, learning to actually feel my discomfort has opened me more fully to the pleasant emotions I want to feel.

There is no way for me to really know how Wladyslaw Szpilman did it, but it is clear he persevered through pain greater than anything I can fathom. He survived the war, resumed his passion of playing the piano, and lived until age 88. He could have given up, and in his situation, I might have. But he didn’t. He took the darkness of unimaginable physical and emotional pain by the hand and let it lead him to the light.