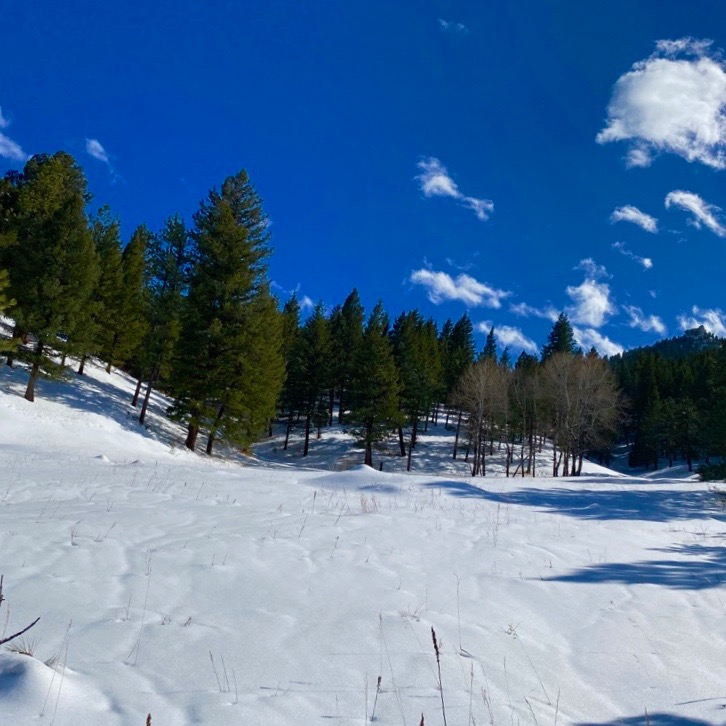 As I gaze at the piles of snow remaining from last weekend’s storm, I remember a winter day in Houston, Texas, when I was about four years old. My mother took me over to the living room window, and as I watched a few flimsy flakes floating to the ground, she said, “Look, it is snowing! You will probably never see this again in your lifetime.”

Little did she know where I would end up. (Little did she know that even if I had stayed in Houston, I would have seen it snow there more than once more). As a mother in her early 20s managing day-to-day living with two small children, she wasn’t dreaming about an expansive future for me.

Sometimes it’s even difficult for me to do so, and that’s been especially true over the past year. Even with all of the extra time at home, I haven’t spent most of it creatively crafting a grand future. I haven’t felt terribly creative in general. At first I felt bad about it. So unproductive! Then I remembered that our actions don’t have to be impressive to be important.

During my morning ritual today, I was reminded of the idea of synergy–individual organisms that while doing their own thing, contribute to something greater than themselves. The word synergy, derives from the Greek syn-ergos, meaning “to work together,” in harmony.

We can look to nature for examples—the bee feeding from the flower while pollinating it. Or nature-human synergy such as the oxygen-carbon dioxide relationship between people and trees. The bees and flowers are just doing their bee and flower thing. The humans are not thinking about every breath, nor are the trees worried about how well they are releasing CO2.

The lesson for me today is that although it is wonderful to dream big, we don’t have to disparage ourselves or feel “less than” if our contributions to the whole seem small. Through the principal of synergy, all are equally beneficial, all contribute to something greater. The mother lovingly tending to small children is equally valuable to the public figure fighting for social justice or to the mystic praying all day from a hermitage. We are not here on earth to all walk the same life path. If that were the case, there could be no synergy. And since we are each expressions of Divine energy, there is no need to rank or judge.

As Winter releases into Spring this Saturday, I will spend some time outdoors exploring this idea of synergy. One season is no more worthy than the other. Moisture when it comes as a few flimsy snowflakes or a steady rain over time, is just as remarkable as when it’s a three-foot dumping of sparkling snow. It all contributes to the whole. It’s all a part of perfect harmony.