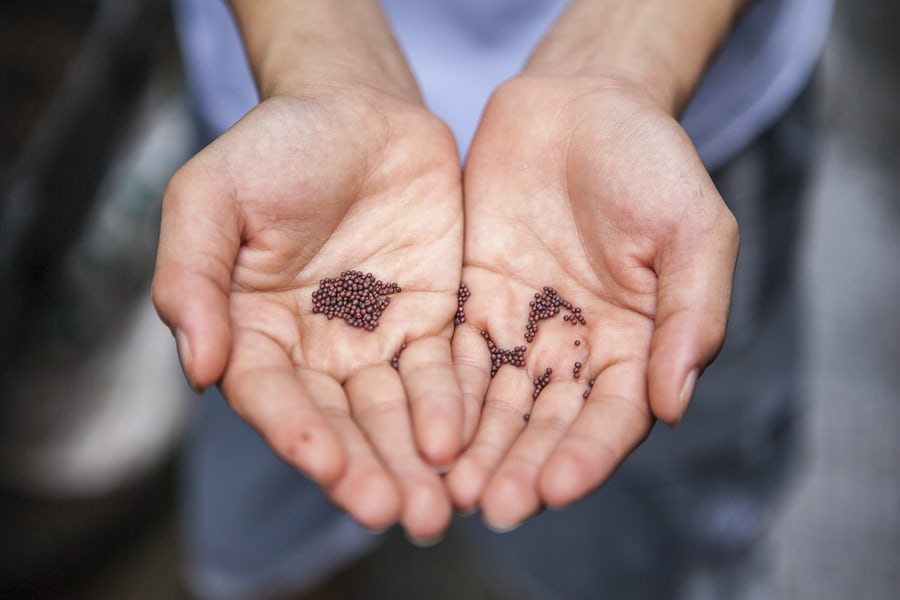 One of the few relics of my childhood is a silver charm bracelet my grandmother gave me. One of the charms is a tiny sphere containing a single mustard seed. My grandmother used to tell me that if I had faith–even if only enough to be contained in that tiny mustard seed–anything was possible.

Although she wasn’t particularly religious, she was referring to a Bible verse. And although I’m also not religious, the image of the mustard seed and its symbolism came flooding back to me this week.

We are in shadow times. It has been a shadowy week for sure with the George Floyd murder and resulting riots at the same time we are grappling with fear and grief ignited by the pandemic. It feels overwhelming to me, and I haven’t suffered. I can’t imagine how it must feel to those who have.

But my feelings are real, and whatever you are feeling is real too. Part of my overwhelm is the sheer sadness over what human beings are capable of doing to each other–over and over again. Another part has to do with how complex our societal problems are and how quickly we jump to blaming and politics rather than doing the hard work to solve them. But a third part of my overwhelm has to do with me.

As the week progressed, I began to allow my outrage about what’s happening in the collective to attach to me. While processing my grief, I let it connect with a long-term personal grief I’m still carrying that has absolutely nothing to do with murder, racism or complex societal problems. At some point, I realized my faith was wavering on many fronts. I also realized I had a choice to use it or lose it.

Have you ever looked up the definition of faith? Here is my favorite: “ a firm belief in something for which there is no proof.” That’s pretty easy when we’re filled with joy. But the real test is when the world–or our personal world–feels like it’s spinning out of control. Yet, that’s when faith comes in most handy.

I believe faith is a cousin to love, and they are both more useful than fear. But I also believe faith without its counterpart, effort, is not useful at all. So what to do with the overwhelm? First, I would suggest acknowledging it. (I literally danced with mine on Saturday and then did a crazy, flailing, shaking dance to let it go.) Then, I would suggest we all take a step forward and do something, each in our own way.